skip to main | skip to sidebar

A few days ago I came across this little gem: 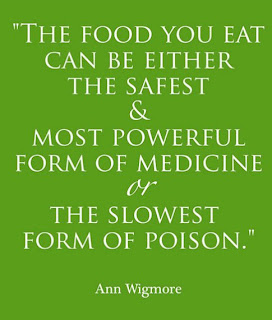 Then I went on a seemingly wonky tangent about cooking appliances… weird, I know, but it all had a purpose… and I’m here to try and tie it all together… I hope. It may not be pretty, or all sorts of funny/happy, but it’s my story… and while there’s no Prince at the end to make all things better (well, actually I do have an Awesome Hubby who’s /way/ better than some fairy tale prince, but that’s beside the point ;) my goal is to offer hope and encouragement, and to finally get out what's been niggling around my brain for some time now.

When I started on my path to get skinny 6-7 years ago, I thought that’s what it was all about – get skinny, lose the lumps all would be right and well with the world and any other issues/problems would magically fall into place, and all of it would happen really, really fast.

I’m human, I’m all about instant gratification, and heck if the magazines show me pictures of fat, frumpy, and miserable Before Mary is ta-da slim, sassy and sax-ay After Mary all of a sudden, then that should be me, right?

Just like the microwave – zap it for a minute on high and your good.

I did the stuff that They said to do but was OMG miserable! I’d exercise even though I felt like my arms and legs were sand bags; I’d push through because They said I was a slug and lacking motivation; I’d feel worse instead of better but pressed on because They said it’d get easier, I just need to get used to it and do more; I ate a cr@p ton of “whole grains” and less fat and less meat and extra veggies because that’s what They said was healthy (and we all know how I feel about that word now).

But nothing happened, at least according to that box in my bathroom with numbers on it… or a little bit would happen then it would un-happen… and that went on for a long time. I’d throw myself a Pizza & Beer Pity Party, then decree another go at making huge, sudden, sweeping changes… then repeat.

That got a little boring after a while.

The short-ish version is that I finally got it through my thick skull, er got the idea to do one thing at a time – so I chose to fix the food thing first, then the exercise, then something else, then something else…tweak here, tweak there, finally stuff was starting to happen according to that box. And I research the begeebers out of things till I get the answer *I* want.

I learned that I need to lose fat and build muscle, not lose weight. I learned, even more importantly, that in order to effectively lose that fat and keep it gone, I had to fix the system that had broken down in my body. The excess weight I carried around wasn’t the cause of my problems, it was the outward symptom of the massive imbalances going on in my body.

I also learned the really hard way that all the ‘work’ I’d been doing to correct the outsides was messing up the insides even more. All the cardio and longer workouts were stressing my adrenals and thyroid to the breaking point. The pushing to get my workout done in the name of excuse busting instead of resting was counteracting the work I was doing. The ‘endorphin’ rush I was feeling was really adrenaline coursing through my body, wreaking havoc along the way… and the ‘stress/emotional eating’ that I was blaming on my lack of motivation and will power had absolutely nothing to do with either, and everything to do with my stress and emotions and the impact it was having on my hormones.

That hard lesson forced me into my crockpot and locked the lid down tight.

Don’t get me wrong: I had a choice. I could have kept pushing on cuz that’s what gets me “healthy”, right?! Or I could. just. stop. I chose to stop.

Rather, I ran kicking and screaming “I have to workout/keep moving!! It makes me feel so good!” until I hit the proverbial wall that laid me out flat.

During that time I learned that what and how I ate impacted not only my ability to achieve any sort of fat loss, but also how my body functioned as a whole. If something is broken on the inside, it needs to be fixed and the best way is to give my body the best raw materials (food and nutrients) I can. I’ve learned the hard way – partly through trial and error, partly through just pushing my luck – that if I mess up that piece, a whole bunch of other pieces fall out of place, and I have to do a lot of work to put it back together again.

Essentially, I learned that food is the most potent form of medicine that we have access to… Hence the picture above.

Unfortunately I’ve also learned that information relating to administering that medicine has been greatly distorted (points back to the “healthy” post).

The thing is, people don’t want to hear that it took 6-7 years or that I had to do a lot of work on myself emotionally, physically, and nutritionally, and that it takes continual monitoring of my limits. They want to see my before and after and ta-da! Give me 5 easy steps to achieve what you did in no time at all.

Fine, here’s what you do: Fix what’s going on on the inside and change your eating to help achieve that. *coughpaleo/primal/lowcarb/lowstresscough* Here’s why… blahblahblah… here’s a ton of references to do your own reading and make up your mind, etc.

Oh, I can’t do that! There must be something else! That’s too dangerous.

Ok, you asked, I told you, you don’t want to believe me. Moving on.

The part that’s been nagging at me is 2 of those people were close friends of mine. Both had major health issues that were being greatly contributed to by their eating. The powerful medicinal food was being shunned by them, and sadly, the food they were consuming was slowly poisoning them. It aggravated known health conditions, which added to the stress in their lives, which contributed to the food choices… but they chose to stay their course. And sadly it killed them.

Whoa with the Debbie Downer stuffs!

I know. It’s been bringing me down a lot over the past few months, too. All the shoulda coulda woulda opportunities to help them see a better way have been replayed in my mind, even though it didn’t seem to have impact. Thinking over the conversations, though, I did my part, I shared my enthusiasm, I lived to be an example, I was consistent, and in the end it was their choice. I wasn’t better or worse, I’d just made a different choice, even though it took me a while to make it.

There was no amount of fancy dancing or yelling and screaming to get me to make that choice before I was smacked down and sat on good and ready. Same goes for everyone else… I need to keep reminding myself of that. It’s a choice.

Been there, done that, have the movie deal in the making (not really ;)

It means letting go of something that you ‘love’ (be that sugar, bread/grains, tons of cardio, constant socializing, the nummy beer, whatever) in order to get something better.

It also means that it takes time, which requires patience… doesn’t matter if you have 10 or 100 pounds to go, it takes time to correct the course your on to one that’s leading you to optimal health, which is THE way to get to an optimal body composition.

Not many people are up for that… they’d rather read that they’re doomed to a lifetime struggle of over exercising and under eating to ‘maintain’ their weight and get back on the treadmill and eat their low fat microwave lunch.

Most folks won’t read/believe that there’s a way to fix it:

I have to say, that choice didn’t put me on the easy road, mainly because it goes against the conventional wisdom of ‘eat less and move more’. It’s a quiet road, but I’ve met some amazing people along the way, and brought a few with me. It was so hard watching my friends struggle, and it’s difficult to watch others struggle without getting in their face offering a friendly suggestion here and there to ease their minds and bodies… But my crockpotting time has given me a little bit of patience, to do what I need to do, and know that to fix the world, I first need to fix myself, so I can be of service to others.

Tell them LadyRose sent you...

Get a Free Online Diet